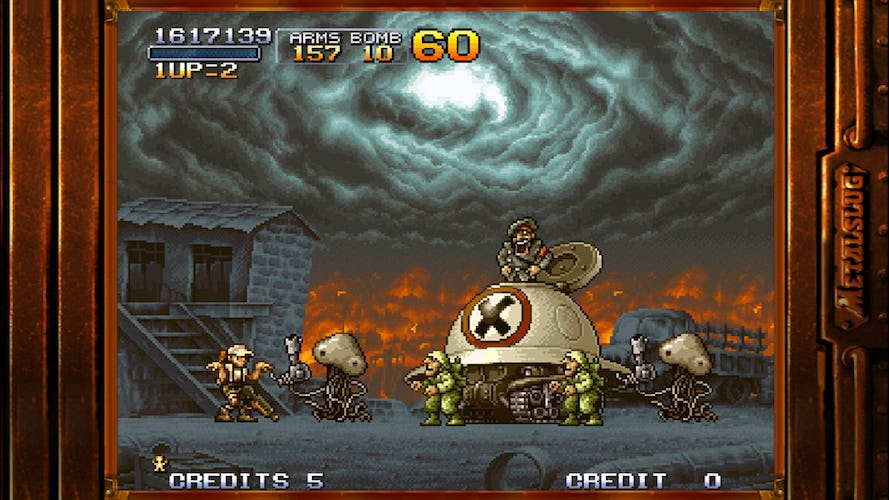 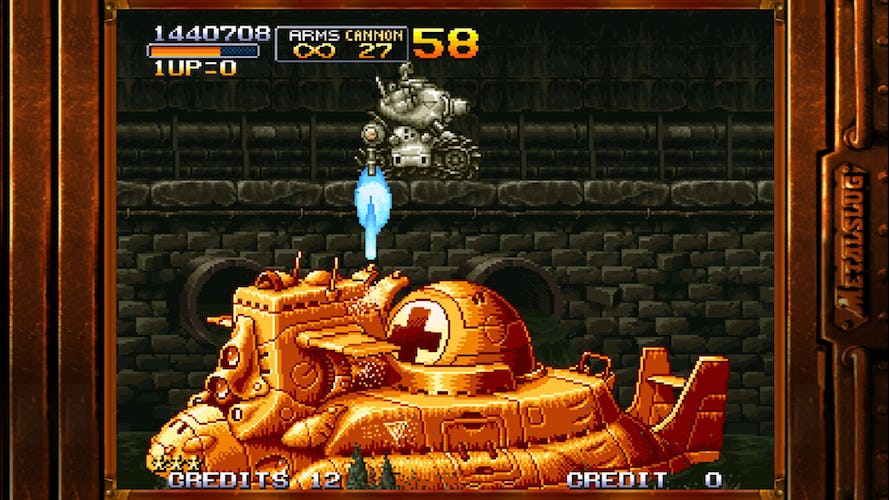 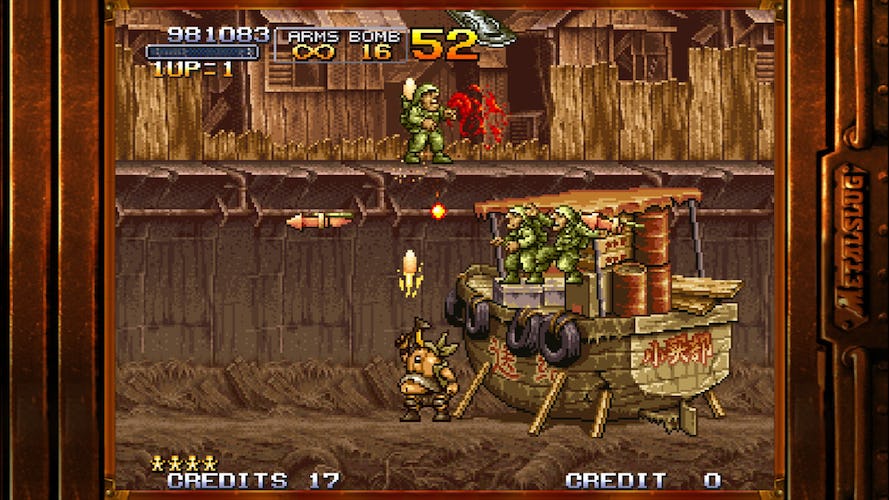 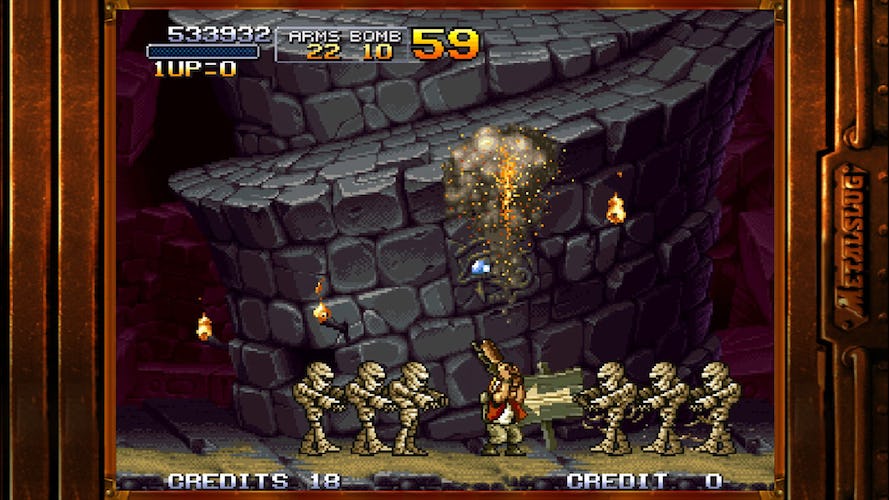 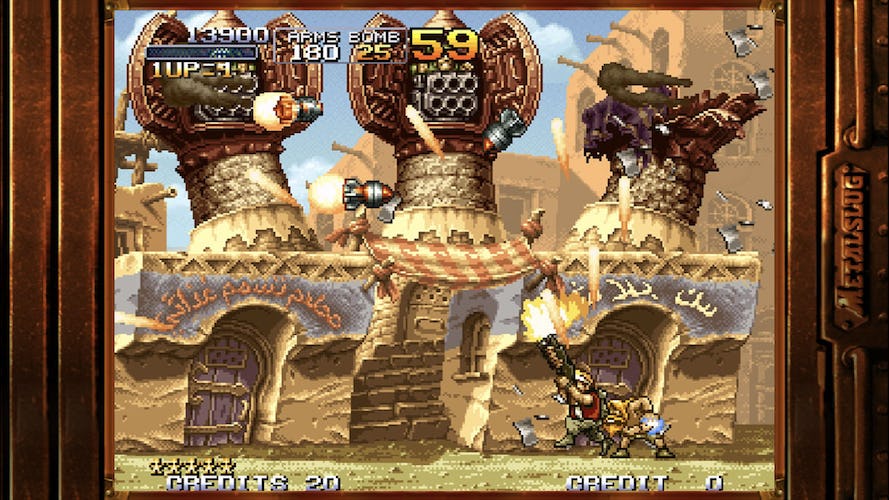 The second chapter of the acclaimed run-and-gun action shooting series, "METAL SLUG 2" launches on Android! Thwart General Morden's evil ambition, and uncover the secret of his new coup!! Features ★Not only a perfect port of the original NEOGEO game! In addition to its classic “ARCADE MODE”, this perfect conversion of “METAL SLUG 2” includes a “MISSION MODE”, allowing you to select in which stage you want to play! You can now train yourself in your favorite stages or those which give you a hard time! ★New playable characters will assist you on the battlefield! 2 female recruits, Eri, a former super agent, and, Fio, the heir of a military family, join Regular Army's PF Squad Marco and Tarma, in order to put an end to Gen. Morden's dastardly plans. Moreover, you will be supported during your mission by a heroic prisoner who will fight alongside you once freed, and a volunteer who will provide you with bonus items! ★Use new weapons and slugs to fight your way through and survive on the battlefield!! The METAL SLUG arsenal expands with the introduction of new weapons such as the "Laser Shot", "Flame Bottles", and new slug vehicles such as the "Slugnoid" (bipedal tank) and the "Slug Flyer" (fighter plane)! The "Camel Slug", a camel equipped with a Vulcan Cannon also awaits in the Desert Stage to help you!! ★ A control scheme allowing for precise controls! The "Autofire" feature allows you to fire your weapons continuously by holding down the button, you can reposition the buttons outside of the game screen area in "Window mode". Enjoy every corner of METAL SLUG 2 using your own custom controls! ★Compatible with “SCORE LOOP”! Complete the maximum number of “ACHIEVEMENTS” in order to increase your "METAL SLUG 2" Player Rank! Beat the best scores and become World’s Number 1!!

Download the club app with all great games to play Metal Slug 2 .