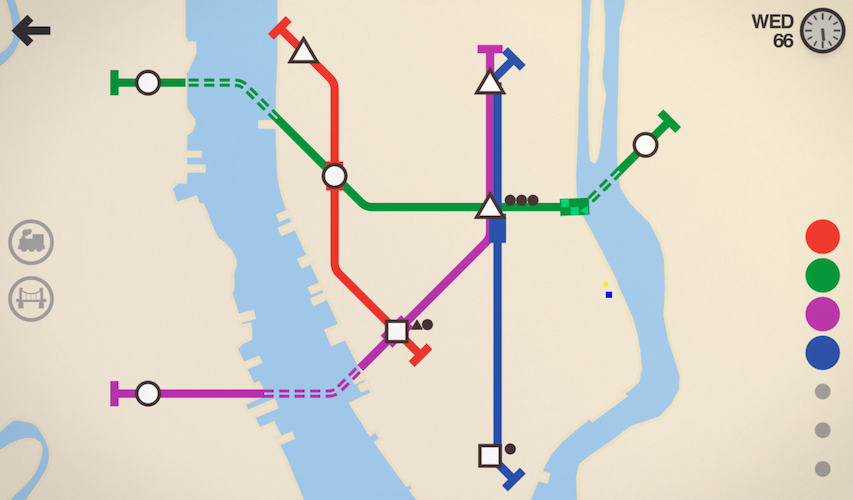 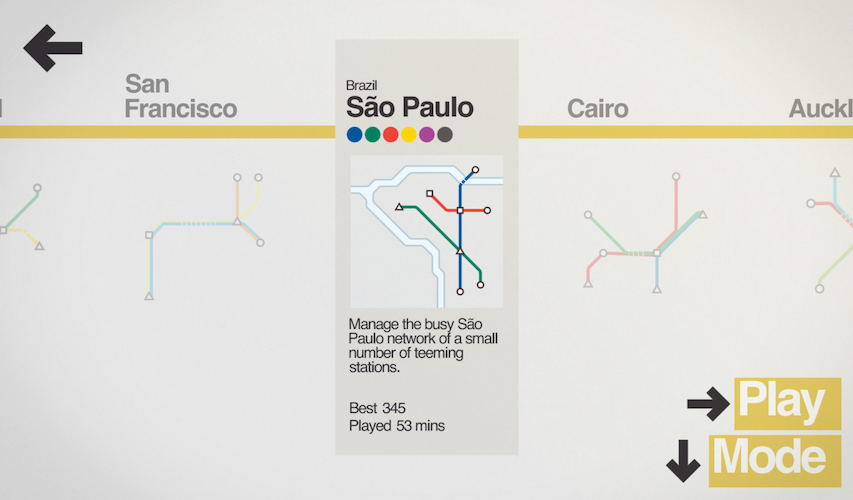 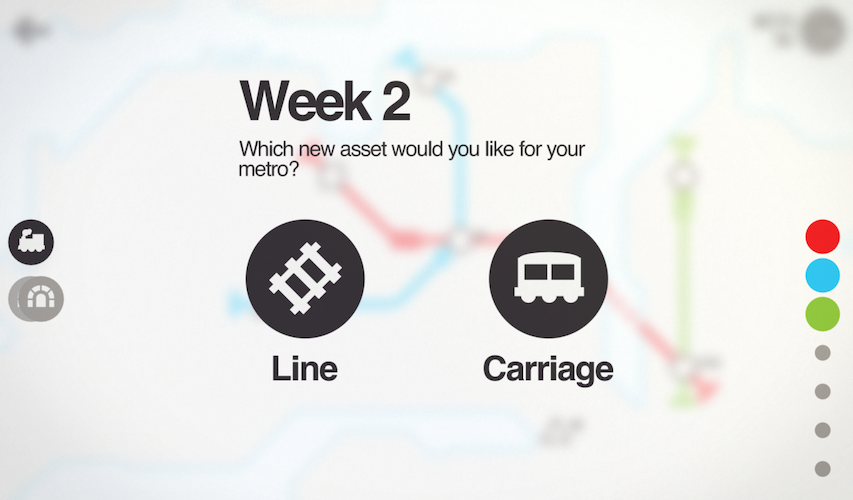 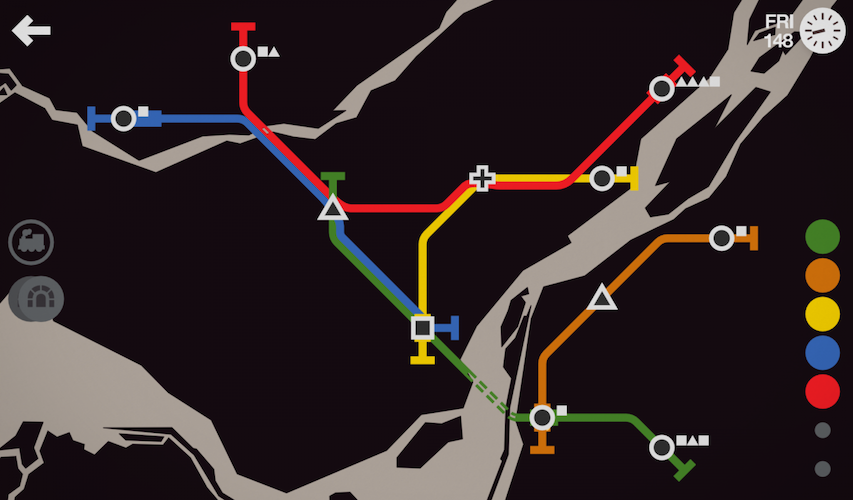 Mini Metro, the sublime subway simulator, now on Android devices. ● BAFTA nominated ● IGF award winning ● Over 250,000 copies sold on desktop Mini Metro is a game about designing a subway map for a growing city. Draw lines between stations and start your trains running. Keep your routes efficient by redrawing them as new stations open. Decide where to use your limited resources. How long can you keep the city moving? ● Random city growth so each game is unique ● Fifteen real-world cities to test your planning skills ● A variety of upgrades to tailor your network ● Normal mode for quick scored games, or Extreme for the ultimate challenge ● Compete against the world every day with the Daily Challenge ● Colorblind and night modes ● Responsive soundtrack created by your metro system, engineered by Disasterpeace "If you love the city-planning aspect of Sim City but can't handle the pressure of playing god, then you may have just found your new favorite time-waster." Ashley Feinberg, Gizmodo "Take my word for it that a game about mass-transit system design can be a tense, white-knuckle thriller" - Owen Faraday, Pocket Tactics "Mini Metro: fun game simulates planning and running public transit system." - Cory Doctorow, Boing Boing Visit the official website at www.dinopoloclub.com/minimetro Follow us on Twitter @playdigious Like us on Facebook /playdigious Watch our latest trailers and videos on Youtube /channel Playdigious

Download the club app with all great games to play Mini Metro.